Did you know that the very first meme dates from 1921? Published almost a hundred years ago in the satirical magazine The Judge and printed by the University of Iowa, this cartoon is no different from the memes that youngsters are sending each other every day through social media. 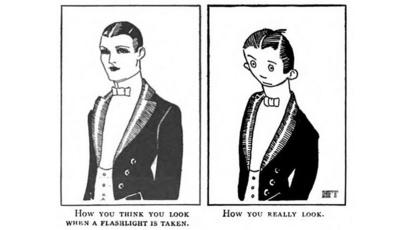 The word meme was coined by Richard Dawkins in his 1976 book The Selfish Gene. Dawkins called memes "ideas that spread from brain to brain". Today, the Oxford English Dictionary defines memes as images, videos or text that are copied and spread by Internet users, often with variations.

While many think of memes as merely immature jokes, we chose to stop and think about the very nature of meme in both our cultural and economical contexts. In our era of information (and) technology, everything runs fast – data is transmitted in a blink of an eye, humans have become consumers and get bombarded by advertisements, notifications and digital noise on a daily basis. So, in this era of information, when no one has the time to even read a book (24% of U.S. adults surveyed in 2018 hadn’t read even part of book in the previous year), memes become a way to come across a point with only one picture and a couple of words. This forces to convey an idea through the simplest of way. After all, a picture is worth a thousand words.

One community in particular is deeply using memes, the crypto sphere, which has become a vibrant part of the financial world. The crypto market may be a tiny friction of the current worldwide economy, but it is booming like no other financial asset did before. And this new community has created a vast collection of memes – some even became quite popular, as some meme creators are real artists. Therefore, we have chosen to publish meme galleries based on type of financial assets or investor's sentiments.

In order to start with a bang, one of our visitors offered to create memes for a project he supports, which we already covered recently, called Celsius Network – a crypto lending firm aiming to disrupt the current lending business. He spent fifteen days working tirelessly and created a staggering 200 memes (yes, you read it right!), including pictures as well as videos. We use this opportunity to thank DJ for his tireless work.

Feel free to take a look and tell us what you think below.

(This is not an endorsement of Celsius Network nor a financial advice.)

By CryptoGirl on 2019-12-17 10:06:50 ET
Wow, two hundred memes in fifteen days, how is that even possible?! I haven't checked them all yet, but some are just hilarious! I just loved the one with Elsa from Frozen 2, just perfect.
The animated ones with giant texts are my all-time favorites.
0